Dealing with the Media: Keeping Things in Perspective

Posted on January 24, 2016 by Harry Kraemer Leave a comment

I often explain to students and executives the importance of BALANCE (Principle #2), and the ability to keep things in perspective. It is easy to understand one side of the story, or to have a strong opinion. However, I believe a strong, values-based leader takes the time to quickly understand ALL sides of the story before coming to a conclusion, or as Stephen Covey would say, to “seek to understand before you are understood”.

Nowhere is this issue as clear as dealing with the media. For those of us that are a little older, we grew up with the national news being on for only half an hour in the evening. The news commentators back then (remember Walter Cronkite, and Huntley and Brinkley?…okay, I am dating myself 😉 ) had to focus on big stories and be very fact-based because their time was very limited (30 minutes before counting the commercials). That all changed with the creation of cable television and 24-hour news. Think about it: News programs now are on 24 hours a day even when there really isn’t any news. And instead of “just the facts”, we get a lot of opinions and perspectives that are not fact-based. Even worse, there are specific channels and programs that tailor to specific audiences that appear to only want to listen to folks who agree with “their side of the story”…no wonder the political system in the United States is so polarized! Very few people are making the effort to understand the perspectives of people with different views.

Another consequence of 24-hour news is it seems that everything gets exaggerated and sensationalized. What is reported as a major conflict is often something that wouldn’t have even made the local news in the past. People can get extremely upset by events that are often very minor.

I was reflecting on this issue earlier today with regard to the snowstorm on the East Coast. Yes, there was a major snowstorm, and it has clearly caused issues for many people. I am not trying to minimize the effect of the storm. However, in “keeping things in perspective”, there are other perspectives. I spoke to a few friends and relatives today in New York and Philly, and rather than being upset and complaining, they were wondering why I was calling because they were enjoying the snow and the chance to spend time with their families. A good example was speaking to a former Kellogg student, Khalid Ali. His response to my inquiring how he and his family were doing in Philly was….”Winter storm?! You mean Winter FUN!!!!”…..take a look at these pictures of Khalid building an igloo fort with his two children.

I always appreciate hearing from you! 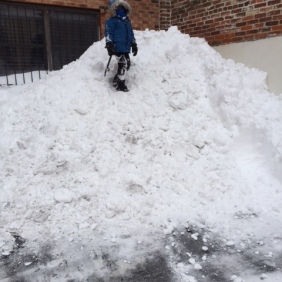 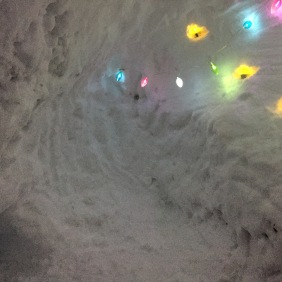 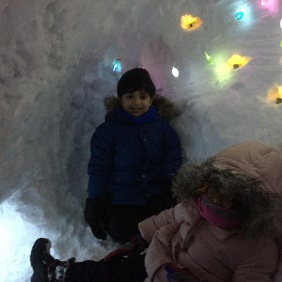