Some Self-Reflection and a Possible New Year’s Resolution

As I mentioned in my December 26, 2018 blog post, Julie and I, along with our five children, had the opportunity to spend these past Christmas holidays in the Holy Land.  In addition to celebrating Christmas mass in Bethlehem, we took a boat ride in the Sea of Galilee: 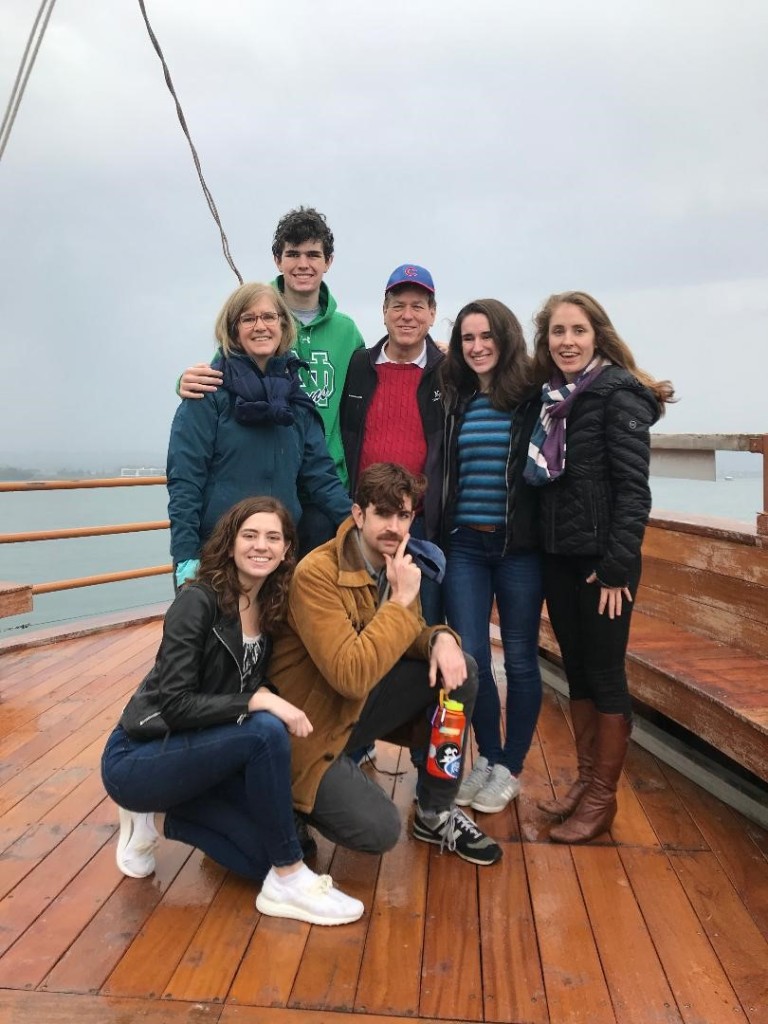 And Julie and I renewed our marriage vows in Cana!!!  A truly remarkable trip! 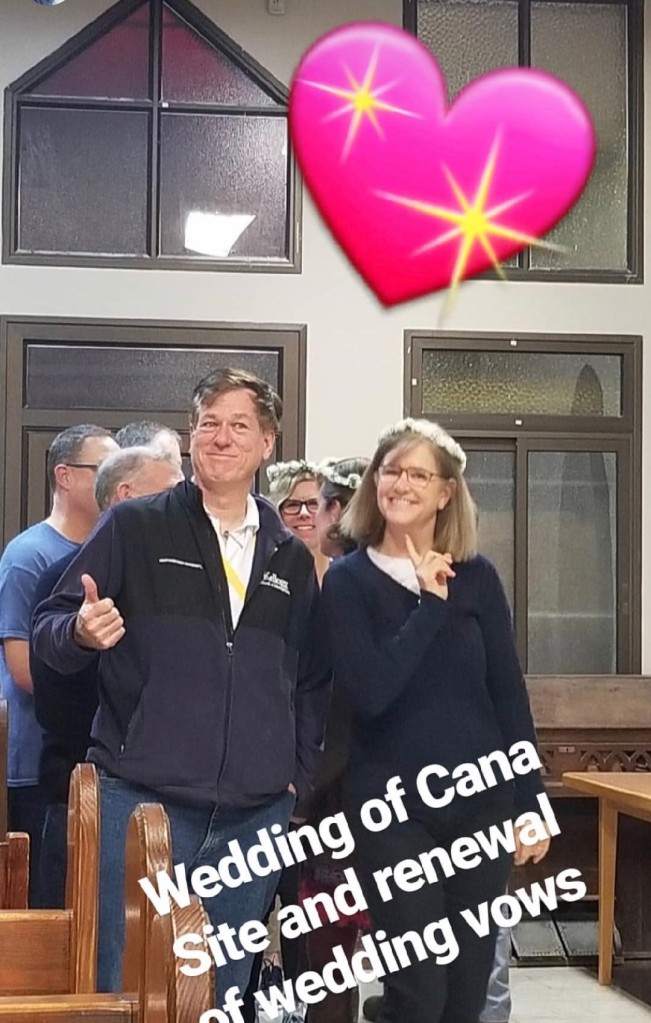 If that wasn’t fascinating enough, since my youngest daughter, Diane, is spending part of her St. Olaf College winter term in Greece, we decided to accompany her to Athens for a few days. Since one of my passions is studying history and world civilization, I found the visits to the Acropolis and the Parthenon and the battlefields of Marathon absolutely amazing. 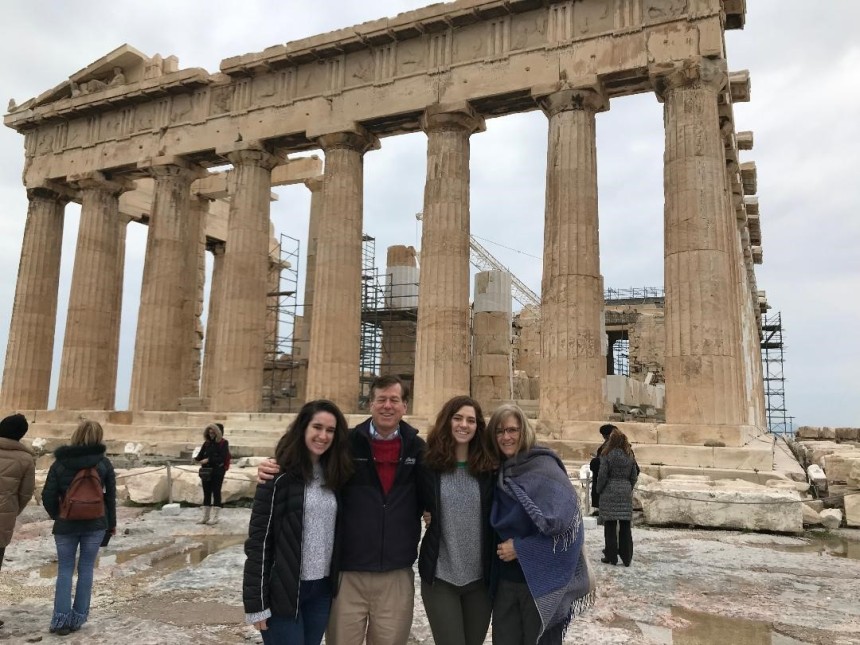 Trying to follow the timelines of the wars — who attacked who, why, when, and the resulting outcomes — was quite challenging. I kept drawing timelines to keep track of everything.  This opportunity brought back memories of my maternal grandfather, Farrell Grehan, who taught history in New York City for more than forty years.  When I was a young boy, he would take me for long walks and tell me stories of the different world civilizations and some of the famous figures including Alexander the Great, Julius Caesar, and Napoleon.  When I would ask him if there was ever a time in history without wars and fighting, he would respond, “Harry, unfortunately, there has never been a time in human history when human beings haven’t been killing one another. Man usually focuses on what makes us different from one another rather than what makes us one human race.” I have never forgotten those words.

My grandfather’s words also reminded me of a panel on world religions I attended a number of years ago at the World Economic Forum in Davos, Switzerland. The panel included clergy from many religions, including Jewish, Muslim, Christian, Hindu, and Buddist. What was most fascinating to me was that more than 90% of the discussion focused on similar beliefs! Honoring God, respecting one another, helping one another, finding ways to get along, the “golden rule,” etc.

As I walked around Jerusalem last week, I kept thinking about the conversations and perspectives shared at that world religions panel. Incidentally, in that small area in the Old City of Jerusalem, the key foundations of the Jewish, Christian, and Muslim faiths are literally built one on top of another.

For Jews, this is the holiest site in Judaism, the Western Wall or the “Wailing Wall”, the foundation stones of the Temple of Jerusalem.  They believe that this is where Abraham agreed to offer up his son, Isaac, and where King David ruled. 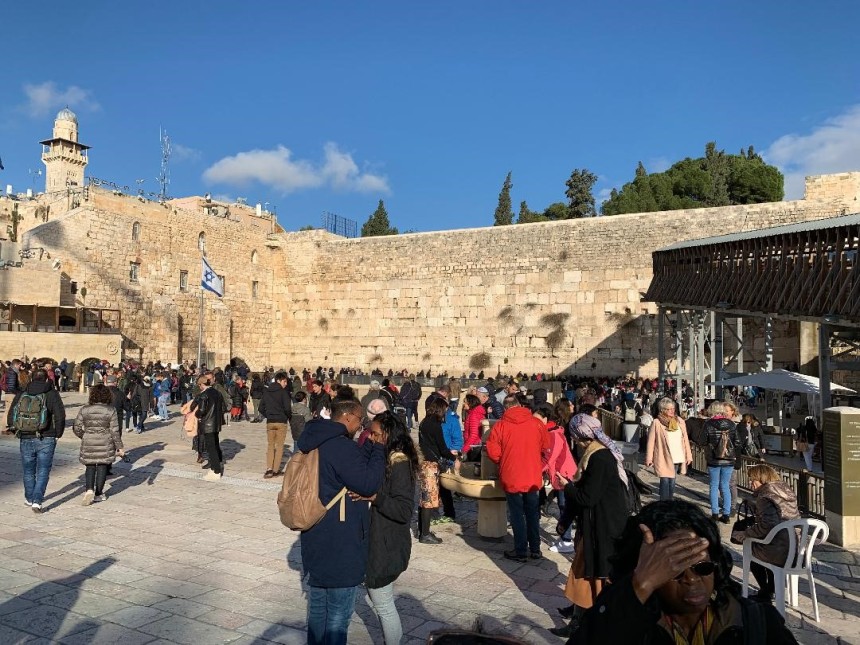 For Muslims, they believe this is the site where Abraham agreed to sacrifice his son Ismael upon God’s command. It is now the site of the Al-Aqsa Mosque and the Dome of the Rock. This is also where Mohammed ascended into the heavens to meet God. 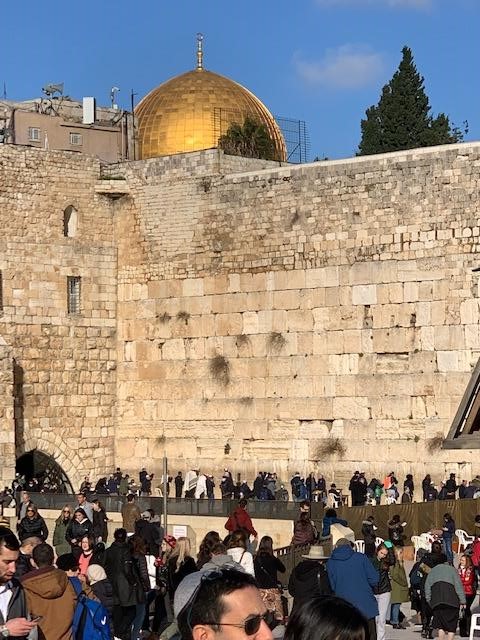 For Christians, this the site where Jesus was condemned to death. Less than half a mile away, you can find The Church of the Holy Sepulchre, where Jesus Christ was crucified, buried and then rose. 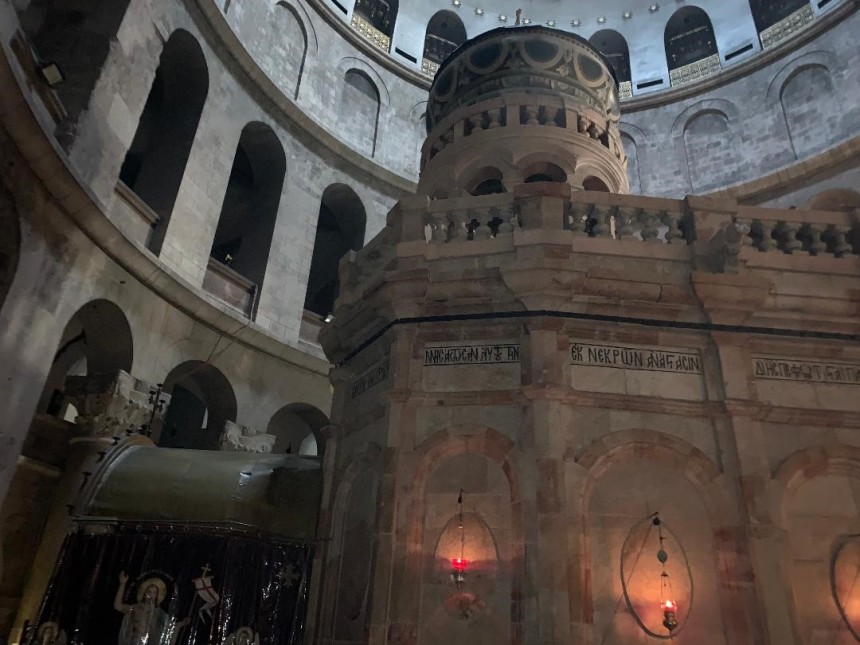 I had the opportunity to say some prayers at the Western Wall and participate in a mass in the Tomb at the Church of the Holy Sepulchre. 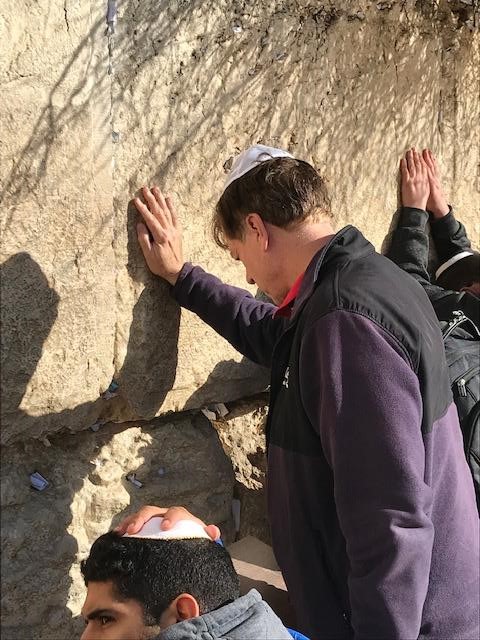 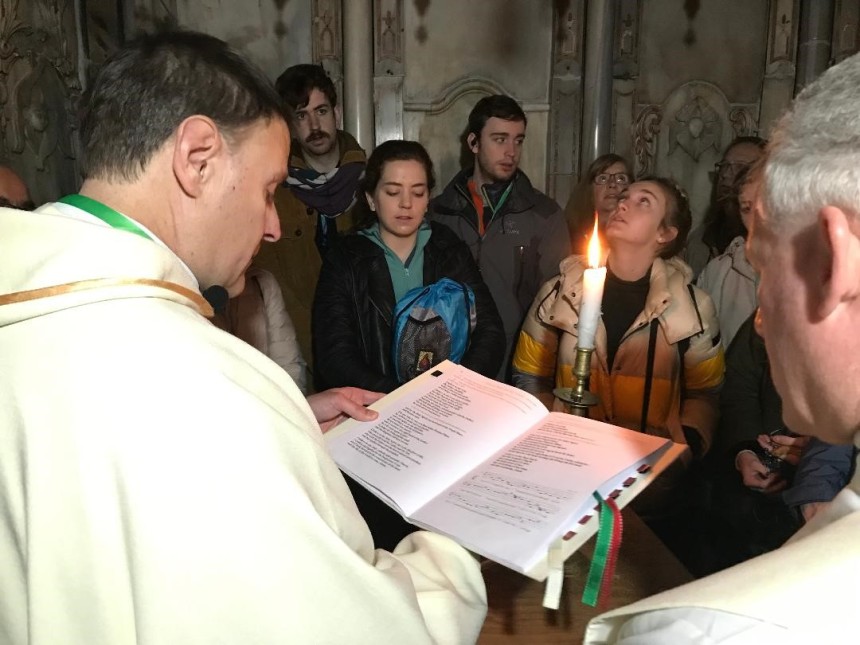 I prayed that people of all religions could focus on what brings us together as human beings rather than what drives us apart. I prayed for people of all religions to find what I call in my leadership classes a balanced perspective: Taking the time to understand all perspectives, rather than just their own perspective.  I reflected on the quote from St. Francis that I recite when I do my personal self examination: “Seek to understand before you are understood.”

Perhaps this sounds idealistic or naïve, but I would rather be accused of being idealistic or naïve than focusing on who’s right and who’s wrong and perpetuating fighting and wars. We can all wait for that nebulous group of people that I call  “those guys” to improve the world, OR we can take the time to reflect and realize that WE are “those guys”……men and women who want to make a positive difference in how we interact with one another.

The practice of being “one of THOSE GUYS” is not that difficult and can start in small ways that have a huge impact.  To make this very concrete, here is an amazing letter that a wonderful Muslim family — friends of mine — gave to their Christian neighbors along with home-baked cookies this past Christmas Day in Philadelphia; every time I read it I get very emotional: 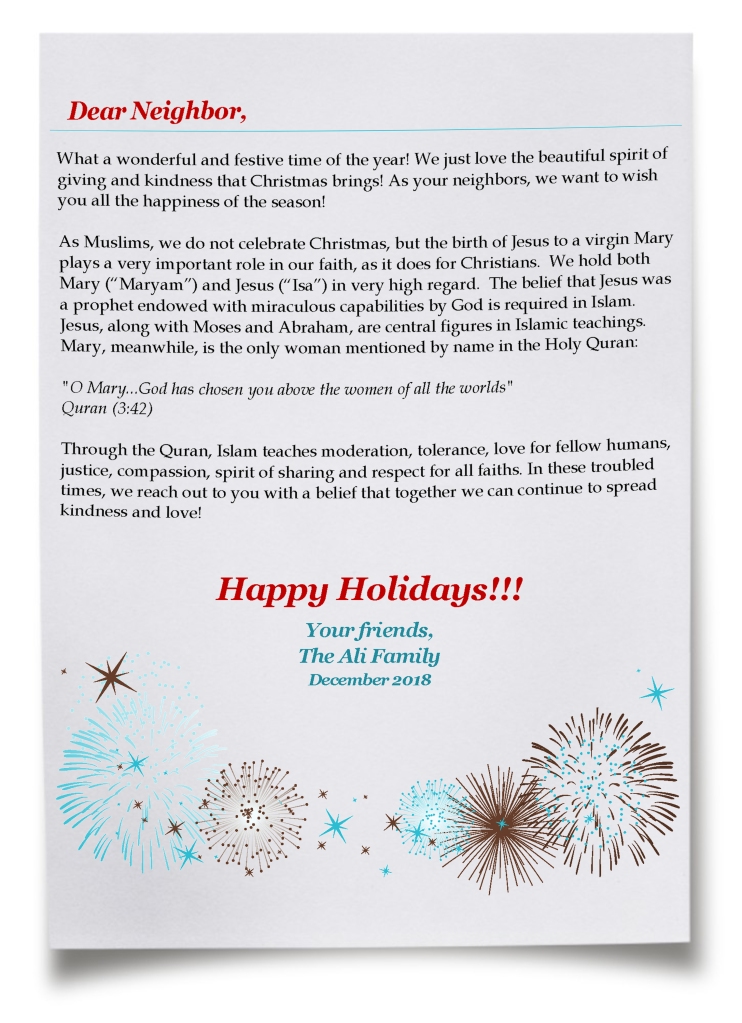 So, here’s wishing everyone a wonderful 2019 with a possible New Year’s resolution: How can each one of us focus on what brings us all together rather than what drives us apart?