So How About Some Examples of Values-Based Leaders!

In my Northwestern Kellogg classes and executive presentations I am often asked for specific examples of “values-based leaders”. After I explain the importance of the four leadership principles (self reflection, balance, true self confidence, and genuine humility) a common question is…”Okay, so who are ‘those guys’?”  Yes, I do tell them that we are all “those guys” (for more on that check out my previous blog post regarding #IAmThoseGuys), but a fair response is “So how about some examples of values-based leaders!”

Well, I was fortunate to be exposed to four values-based leaders this week in four very different occupations: a successful CEO, a phenomenal president of a not-for-profit, an NBA basketball coach, and the Chairman of the Federal Reserve! Here’s a brief summary:

1) Scott Brown is the President and CEO Emeritus of Sage Products, a leading healthcare company that is now part of Stryker. Scott was a guest speaker for my values-based leadership class last week and did a great job sharing his perspectives on leadership. I loved his comments regarding a story where he had to make a tough decision and someone said: “Well, it’s not personal”, to which he responded, “YES, it is always personal!!!” He summarized his commitment to “keeping it personal” as follows:

2) Art Mollenhauer is the President and CEO of Big Brothers Big Sisters of Metro Chicago (BBBS). I was fortunate to have Art as a colleague at Baxter International for more than 20 years. When he stepped down from his role as one of Baxter’s senior executives ten years ago, he said he wanted to work with a dedicated team to make a real difference in the world.  And that is exactly what he is doing at BBBS. He leads BBBS and has a board that is as professional as any for-profit company I have come across. He is a fantastic example of someone who loves each of the four principles of values-based leadership!!!

3) At Art’s BBBS conference this week, his guest speaker was Steve Kerr, the former Chicago Bulls player and now coach of the Golden State Warriors. I was extremely impressed both by his comments, and in the Q&A discussion, the number of times he referenced concepts right in line with values-based leadership. Here are a few of the highlights: 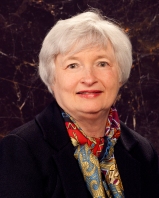 4) If that wasn’t enough, I had the opportunity to end the week attending an Executive Club of Chicago event featuring Fed chairman Janet Yellin. Her ability to explain the mission of the Federal Reserve, and what the Fed’s role has been year by year since the 2008 financial crisis, was extremely well done. It was clear that her key focus is BALANCE; scaling back the “financial accommodation” that has been key to the recovery without igniting inflation and gradually increasing interest rates. Her ability to take complicated topics and simplify them into their core components was fantastic, a true sign of a values-based leader. It is clear she is a very reflective person, especially when you realize that every single word she says is under the microscope!!

I hope I have the opportunity to spend time with more VBLs this coming week!

Have a great week!!